Joseph Beuys would have been 100 years old on 12 May, 2021. Our collaboration with one of the greatest artists of the century began 50 years ago – a defining moment for Edition Schellmann + Klüser, for our gallery, and the private collection.
Read more

It all began in 1971 with the publication of the first catalogue raisonné of his multiples (now in its 8th edition). Subsequently, we were able to publish numerous editions up until 1985, and also present over 25 solo exhibitions during the artist’s lifetime and afterwards. A scandal was triggered by the installation “zeige deine Wunde”, which Beuys set up for us in what was then still a reactionary Munich in 1976. It was acquired by the Städtische Galerie im Lenbachhaus in 1979.

A large number of important works from the gallery’s collection and others acquired through our mediation are now in key international museums such as the Tate Gallery in London, the Guggenheim Museum in New York, the Kunstmuseum in Basel, Kunsthalle Hamburg, and the Pinakothek der Moderne in Munich. In respect to the Pinakothek, in addition to the placement of the environment “The End of the 20th Century” and the gallery collection of 280 multiples, we were able to supplement the museum’s holdings with a private donation of many objects and the permanent loan of 10 sculptures as well as 150 drawings.

This retrospective survey could be supplemented with numerous activities in the context of Beuys: collaboration with the artist and museums, in-house publications, films, text contributions for international exhibition catalogues, and last but not least, the exhibition of Beuys portraits by Andy Warhol, which opened in the gallery with both artists present in 1980.

The intention of the current extensive exhibition in both galleries is to continue our traditional cultivation of Beuys’ œuvre. On display are several objects and sculptures, 25 drawings from all his creative periods, and a selection of multiples and prints – appropriately for the occasion, amounting to a total of over 100 works. In addition, the gallery is able to offer a block of more than 300 editions. This can be acquired only in its entirety and contains many of the early, rare multiples such as “Evervess”, “Schlitten”, “Filzanzug”, “Silberbesen” and “Schweigen”.

The title-giving sentence is a quote from Joseph Beuys. An appeal for independent thought and action, which is naturally inherent in his artistic œuvre. 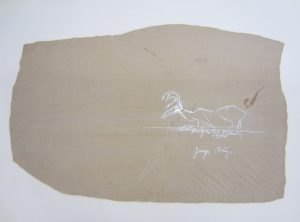 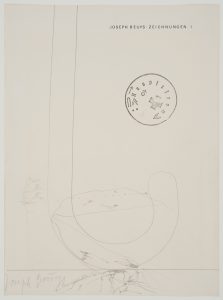 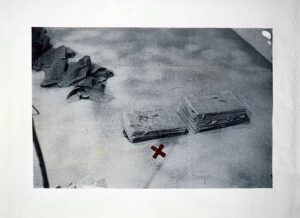 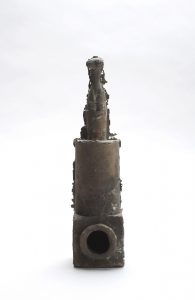 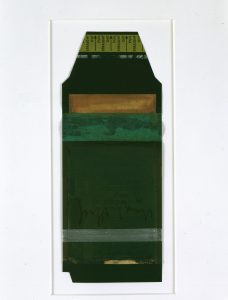 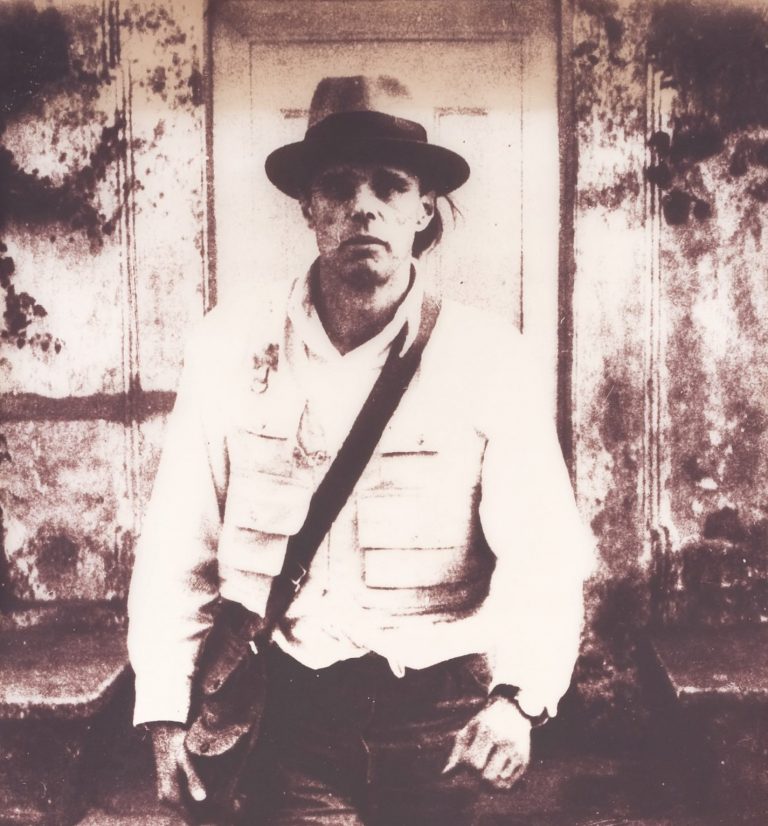