In the exhibition ‘Early Prints’, we are focusing on the graphic work in the oeuvre of Sean Scully (*1945 in Dublin) – a process to which the artist has turned increasingly since the 1980s. The works bear witness to Scully’s constant exploration of new expressive possibilities using various materials and techniques and their specific characteristics.
Read more

The exhibition focuses on etchings from 1993-2003: important groups of works such as Pomes Penyeach, Barcelona Diptych, Ten Towersand Etchings for Federico García Lorca were created during this period, and most of them published by Galerie Klüser.

By contrast to Sean Scully’s painting, his prints are abstract from the outset and thus attend, so to speak, his turn towards abstraction and the development of a formal vocabulary. As a result, our view is drawn all the more directly to the sensual qualities expressed through paper, colours, techniques and the printing process itself. The artist experiments with a variety of printmaking techniques; in woodblock printing, for example, he also grants an independent role to the structure of the raw material. However, a large part of his graphic work is made up of etchings, and he has employed various etching techniques (especially aquatint, sugar lift and spitbite, which can produce particularly soft, painterly effects) in collaboration with selected master printers to create expressive works and series.

Most of the works shown here are also etchings. They exemplify the powerful presence which Scully achieves through rich colour contrasts and pictorial compositional elements such as chessboard patterns, bars, stripes, and combinations of two or three of those elements on one plate.

At the same time, Scully’s graphic works contain a personal narrative: in a sensual-visual way, they recount inspirations and influences from literature or from his various adopted cities, such as Barcelona. In 1996, two groups of works were created there, dedicated to the city and one of its vibrant districts: Barcelona Diptych1-5 and Raval 1-7.

Repeatedly, Scully also turns to literary works, whose texts he interprets in his visual language of colour and form. Pomes Penyeach (1993) juxtaposes the thirteen poems from the volume of the same name by James Joyce with mainly monochrome etchings. In 1996 the artist created the H.G. Gadamer portfolio – closely related compositionally to the Barcelona prints of the same year. In contrast to the Spanish series, however, here the works are further reduced and quieter in their size and palette. In 2003, Scully studied the poetic work of Andalusian poet Federico García Lorca; the result was a portfolio of ten colour aquatints with printed poems by Lorca.

Perhaps the most important aspect of printmaking for Scully is a certain mystery inherent in the production process. In contrast to painting – where he sees the mystery in the hidden layers, although the last thing painted remains visible ultimately – the print reveals an interplay of paper, different layers of colour, and the physical process itself: “There are things you can do with prints that you simply cannot do with any other medium.” 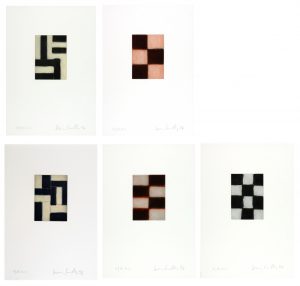 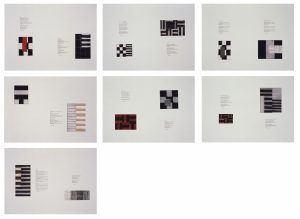 Portfolio with 7 sheets, each with 2 etchings by Sean Scully and poems by James Joyce 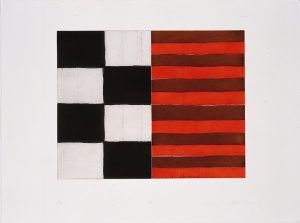 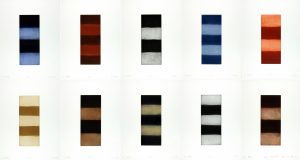 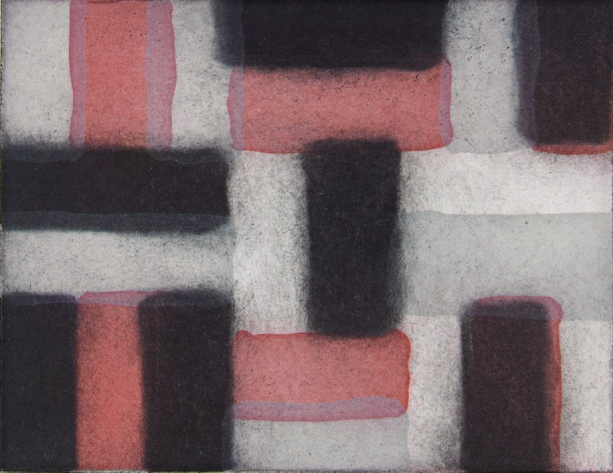 Sean Scully’s work bases on an artistic approach to vertical and horizontal colour stripes and rectangles. By using different techniques and materials Scully deals creatively with the minimalist motifs. While he used tape in his early works in order to create accurate edges, he breaks loose of this method during the 80s. At this time he wittingly decided to paint the outlines manually so that they appear softer and vivid. Brushwork and coating are clearly visible and a dark earthy range of colour characterises most of his paintings. Besides, Scully also creates etchings, lithographs, pastels and watercolours.