Bordeaux/Madrid, 1888. Sixty years after Goya’s death in Bordeaux, the Spanish consul discovers his grave and arranges for the exhumation of the body. But the contents of the tomb hold a surprise: the artist’s head is missing. Bernardí Roig (*1965, Palma de Mallorca) has constructed an itinerary of images around this fictional scenario. Sculptures, watercolors, light installations and large format drawings attempt to form a large imaginary and multi-faceted portrait of Goya’s absent head and the intricacy of the human memory.
Read more

History is consensus fiction. The facts could be as follows:

Goya died alone in exile, in Bordeaux, on the night of April 15th, 1828. No one in Spain claimed his body, so he was buried in the city cemetery and forgotten. Sixty years later, the Spanish consul in Bordeaux discovered the artist’s grave and organized the exhumation of the body and the subsequent transportation of the master’s remains to Madrid.

When the tomb was opened, what was left of the body appeared but the head was missing. The artist’s skeleton without the skull was sent to Madrid. Someone had stolen Goya’s head; it had disappeared, never to be seen again.

But that head did not disappear definitively. Its spirit settled inside a thousand other heads, hundreds of thousands of heads belonging to those who had admired, loved or hated him. And it permeated the heads of many artists who, crushed by the anguish of its influence, have proved incapable of escaping from such intensity and ferocity.

Bernardí Roig has assembled a tour through images of this decapitation. This exhibition is an attempt to visualize the absence of Goya’s head, embodying it in the trembling of a hand that draws the suggestion of a portrait. Sculptures, watercolours, light installations and large-format drawings seek to create a large, imaginary, polyhedral and multi-faceted portrait of Goya’s absent head.

In the space of Galerie Klüser 2, the central installation is an accumulation of mask-faces that simultaneously hide and reveal the impossibility of the image and our mistrust of the disobedient line constructing the drawing. In front of these faces of stolen identity, a seated figure has plucked out its eyes to escape the turbulence of desire. This figure is the ghostly double of the one who looks, the one who brings the image to life with his gaze.

Thus, the large-format drawings in the exhibition function as tableaux vivants, as a “grand theatre of immobility” revealing the dialectic tension of an image that contains a reflection of its opposite; an image that takes on its own internal contradictions and discloses the pulse of dissatisfaction beating behind every scene of happiness.

Using a divergent figurative language, the differing layers and formalizations of this project address the incestuous relationship we have with memory, our fixed obsessions, and the strange and restless quality throbbing at the repressed heart of those images we inherit. Often, unfinished images of non-communication and insistent solitude merge into a conglomerate of superimposed times.

Bernardí Roig constructs these images of the gaze through the textual and narrative character of the works, employing various registers to express the silence, the emptiness, the repetition and the psychological abyss to which we are damned. 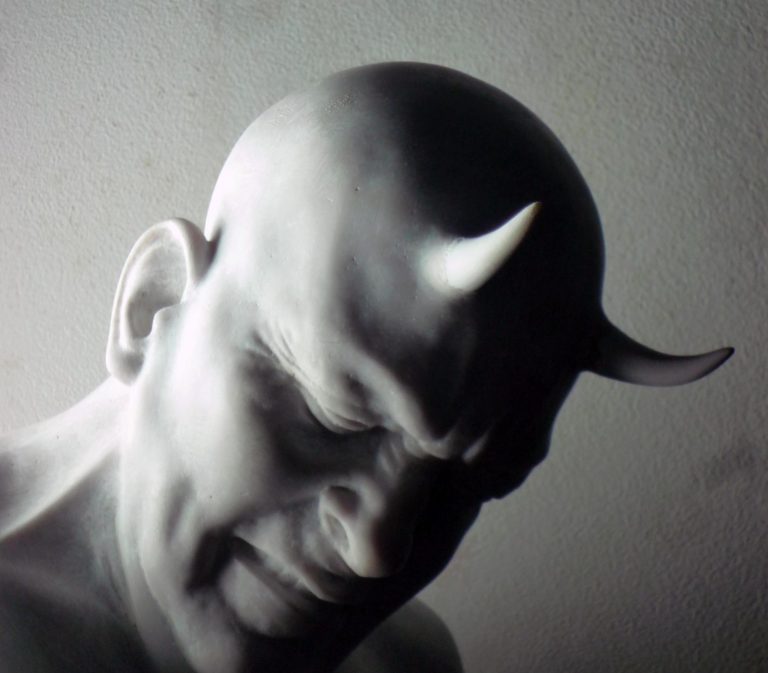 The multi media artist Bernardí Roig is known for his installations of polyester resin figures interacting with neon light, drawings, photographs or videos. He not only portrays the human body but also critically reflects on the flood of images and information of mass media. Some works also explore the topics of mortality and death by using materials such as fire, coal and ice. All of his works place special emphasis on the discrepancy between the image and nature of the depicted figure.